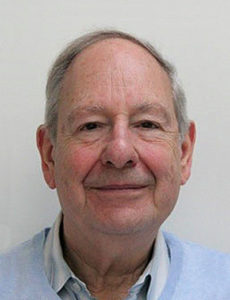 Dr John Coleman obtained his PhD in Psychology from University College, London. He then trained as a clinical psychologist at the Middlesex Hospital in London.

His career has included a Senior Lectureship at the Royal London Hospital in Whitechapel, and the Directorship of Chalvington, a residential therapeutic community for troubled teenagers.  He was for many years the Director of the Trust for the Study of Adolescence (TSA), and he has been a Senior Research Fellow in the Department of Education at Oxford University (2006-2015).

He has served as a Policy Advisor in the Department of Health, and is currently Chair of the Association for Young People’s Health (AYPH).  He is also a Trustee of Family Lives.

His current research interests include the adolescent brain, life skills education, and the impact of the digital world on teenage development.  He runs workshops for parents of teenagers, and is the lead for the Hertfordshire “My Teen Brain” programme. He has won numerous awards for his work, including the British Psychological Society 1999 Award for Distinguished Contributions to Professional Psychology, and the 2003 European Society for Research on Adolescence (EARA) Lifetime Award.

He was awarded an OBE by the Queen in 2001 for services to youth.

Why I study adolescence

Adolescence is without doubt the Cinderella subject within developmental psychology. It gets less attention than other topics in the textbooks, in the curriculum and on the research agenda. So why would someone want to spend their life studying this rather unpopular stage of the life cycle? Colleagues might suggest that the choice has something to do with my own experience of the teenage years.

In the course of my career many people have asked me why I study adolescence. My own memories of adolescence are not unhappy ones, and I suspect that the reasons I study this topic are more to do with formative experiences in my early twenties than with any unresolved teenage trauma. Two things happened which influenced the direction of my career.