The STAGE framework: a new approach for parents of teenagers 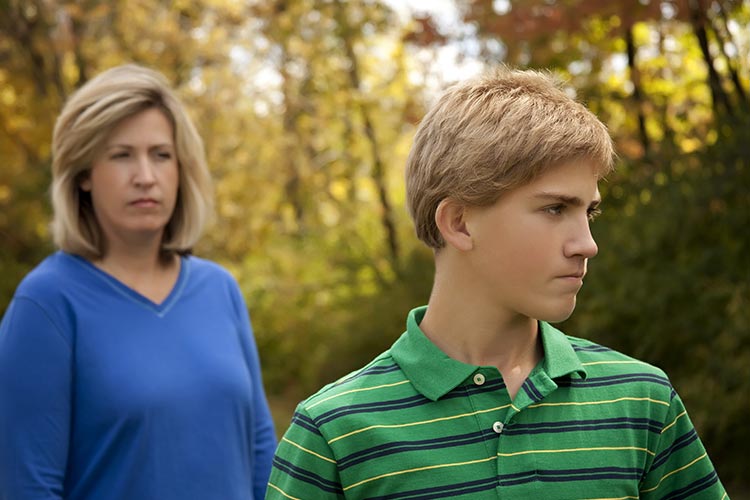 “Yes, I get quite moody, quite a lot of the time. Like with parents and stuff, they say just do something, and I’d take it a bit too far, and like just storm out of the room, slamming doors.”
15 year-old girl.

Parents of teenagers need good quality information about young people and their development.

To help with this, I have proposed a framework which I have called the STAGE framework. This is described in my book “Why won’t my teenager talk to me?” (Routledge, 2018). I believe that the framework addresses the key questions for parents. The framework is grounded in current research, it reflects the concerns of parents today, it has the idea of a stage of development at its core, and it is easy to grasp.

I have called this framework STAGE for two reasons. Firstly I want to emphasise the point that the teenage years are a process, a time of change and development. Things will alter gradually over time, even though for parents this may seem at times an unlikely possibility. We do know, however, that the difficult stage, if it is difficult, will not last forever. The moody, uncommunicative 14 year-old will in time become a more mature and responsible young adult.

The second reason for calling the framework STAGE is that each letter stands for a key principle, and a different aspect of parenting. In addition, of course, it makes the ideas behind the framework easy to remember. The five elements represented by the five letters are not the only elements of parenting, but they are five elements which are at the core of relationships between parent and teenager.

Here are the five elements of STAGE:

S stands for the significance of parents

Communication between parent and teenager should be a two-way process, with talking and listening going hand-in-hand. Parents may think they are the ones who need to do the talking, but listening is just as important. Teenagers have as much influence as adults on how communication works. Parents will find that a teenager is more prepared to listen to them if they can show they are willing to hear the young person’s point of view.

A stands for authority

One of the most difficult aspects of parenting is to know how to exercise parental authority. What boundaries and structures are needed for teenagers? Should punishments be used, and if so, what punishments make sense for teenagers? How is it possible to retain parental authority, whilst letting go at the same time? It is here that a full consideration of authoritative parenting is essential.

I include this concept because each generation of teenagers has a different set of challenges and pressures to deal with. It is easy for parents to assume that what was right for them will also be right for their children. However, things are very different today compared to thirty or forty years ago. As a result young people today have to make different choices from those made by their parent. Furthermore to highlight the generation gap also makes it possible to explore the idea that it is not just that things today are different for teenagers, they are different too for parents themselves.

Emotion plays a very important part in affecting relationships between parents and teenagers. Whether it is anxiety, anger, sadness, regret, envy or guilt, all these feelings influence how parents manage day-to-day life with their son or daughter. If parents can be aware of their feelings, and find ways of learning to deal with their emotions, this will help enormously in family relationships. Of course it is not just the parents’ emotions which make a difference. Teenagers too will be struggling with new and confusing feelings. If parents can gain some understanding of this aspect of development, recognising how their feelings interact with those of their teenager, this will be a big step forward.

This is a very brief introduction to the ideas behind the framework. STAGE matters because it does link core themes with new knowledge about adolescent development. In addition it underlines the fundamental principle that adolescence is a process of change and development. This offers parents a sense that there is light at the end of the tunnel, whilst emphasising their key role in assisting the young person adjust to the changes that are taking place.

I will say a brief word about the title of my book. Why did I call the book: “Why won’t my teenager talk to me?” Although the principles of STAGE are all equally important, being able to talk does hold the key. In all my experience of running workshops for parents of teenagers, the topic of greatest concern has to do with a failure of communication. The change between the chatty 10 year-old and the grunting 13 or 14 year-old is something that parents find very hard to understand.

The central point is that teenagers do want to talk to their parents, but they want to talk in a way that feels safe to them. That means:

Of course lying behind problems of communication are many different issues. These include issues of power and control, the growing independence of the young person, and the interference to good communication that is caused by the difficult emotions that were mentioned earlier.

Nonetheless if only we can help parents understand some of the principles behind good communication we will do a lot to improve relationships between the generations. In addition of course, there remains the central objective: to assist parents to understand more about teenage development. STAGE should help with this. It offers a framework that parents can understand, as well as a set of principles based on highly respected research evidence.